Hello, I am Assistant Chief Andrew Paul Turner and I was hired July 01, 2014 as the Lieutenant of Police for La Vega ISD. I was later promoted to the position of Assistant Chief of Police on August 01, 2018. During my law enforcement career I have earned numerous certifications including Master Peace Officer Certification from the State of Texas as well as holding an Instructor License from the State of Texas. I served as a D.A.R.E Officer and is certified as a Mental Health Officer. In addition to my certifications, I have earned several awards including the Life Saver Award in 2013 and the Civic Merit Award in 2012 while working for the Bellmead Police Dept.  I am also a two time Officer of the Year recipient.  In my 24 years of law enforcement I have been a criminal investigator, K-9 Officer, and a Drug Task Force Agent just to name a few. I am also the founder of the Bellmead Police Department Toy Drive under the umbrella of the late Chief Robert Harold where numerous under privilege children were able to have toys for Christmas. I believes that everyone deserves a chance in life to be successful in what goals they are trying to achieve.  “Charity is not something that is done for recognition but is done because you are helping your fellow man. No matter how successful you are, you still have an obligation to pay it forward”. 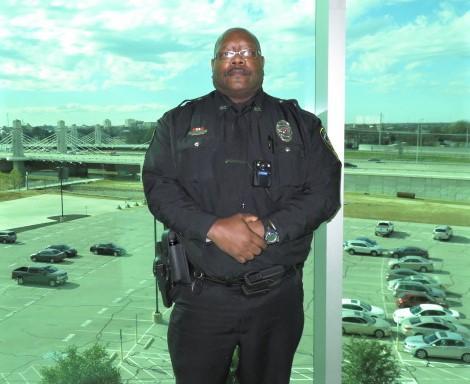 I am Lieutenant Sedrick Hall, and I was appointed to the La Vega I.S.D. Police Department on July 9, 2018.  I hold an advanced certification from TCOLE.  I attended the Bill Blackwood Law Enforcement Management Institute Module 1 in 2013 and graduated from Southern Institute of Business and Technology in 1989. I was employed with the Texas State Technical College for 11 years where I held the position of Patrol Sergeant.  I also worked 2 years as a City Marshal for the city of Beverly Hills and 6 years at the University of Texas Southwestern Medical Center Police in Dallas where I held the position as Dispatcher, and upon graduating from the UT Police Academy in 1993 in Austin, I worked as a Police Officer/Field Training Officer. Another part of my career included corrections where I worked 10 years as a Juvenile Corrections Officer with the Texas Juvenile Justice Department, holding the position of JCOV and supervised the Security Unit on the facility, and was also a STAR (Special Tactics and Response) Team leader.  In my spare time, I like fishing, and a host of other outdoor activities. 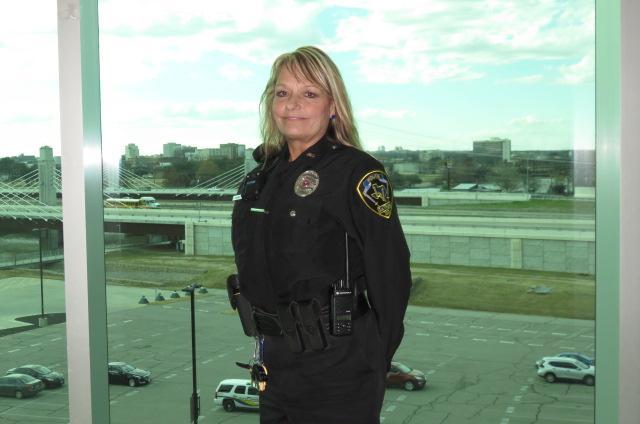 Hello, I’m Dana and I just moved here from Lubbock Texas.  I worked for Lubbock County Sheriff’s Department for almost three years as a Detention Officer at the county jail. It was a lot of fun working with so many different personalities.  Prior to that I was a commercial field technician for Xerox working on copiers for over twenty years. I have three children.  A son in Virginia with his family, a son in Maryland with his family and a daughter in the Dallas area.  I also have four beautiful grandchildren, two granddaughters and two grandsons. I graduated from South Plains Associate of Governments getting my Peace Officers license May 05, 2018.  When I became a Peace Officer I knew in my new journey I was going to serve and protect our children in the School District.  I interviewed with La Vega Police Department during the summer and was hired July 16th.  Receiving that phone call from Assistant Chief Turner on my birthday was one of the best birthday presents I have ever received.  When I met everyone on the hiring board I was so impressed with everything the School District had offer and how passionate the board was about their community. I knew right then I wanted to work for La Vega ISD.

Hello to all!! I am Officer Terrance Snell, and I was appointed as a Police Officer for La Vega I.S.D on February 3rd,  2020. I am very grateful and happy to be a part of La Vega I.S.D School District. I have been a Police Officer for the past 5 years. I am originally from Ft. Worth, TX, and I attended the El Paso Law Enforcement Training Academy and graduated in 2015. I have worked for the cities of Mart, West, and Lacy Lakeview. Before I became a Police Officer, I worked in Radio/Television media working with local television stations, and Baylor University for 10 years. I served in the United States Air Force for 9 years and was Honorably discharged in 2007. My goal is to protect and help the students & families of La Vega I.S.D. to the best of my ability.

I am District Truant Officer Matilda Jimenez, I joined the La Vega ISD Police Department in August 2016. Prior to joining the department, I worked for the Health and Human Service Commission for 20 years. I studied Criminal Justice at McLennan Community College and Northwest Vista. I brings great leadership, work ethic and a passionate personality to the district, where I feel I definitely have our student’s interest at heart. I have been married for 28 years, a mother to 4 beautiful daughters, and grandmother of 2 granddaughters and 2 grandsons, whom I enjoy spending all my time with. Hobbies are having cook outs with family and friends, going dancing, and going to movies.
Truancy Officer Marcus Willis, Sr. 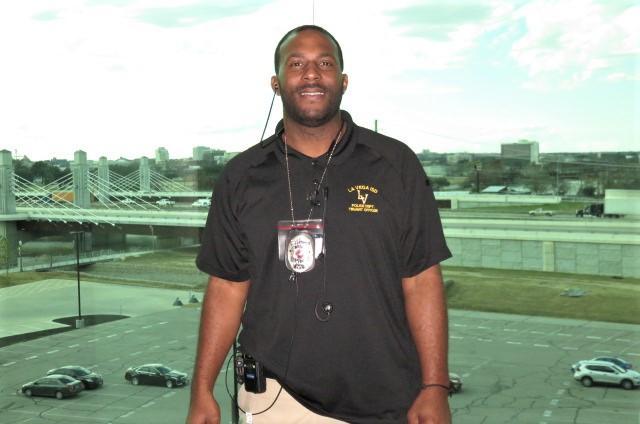 I am District Truant Officer Marcus Willis Sr. I was appointed to the La Vega ISD Police Department on July 3rd, 2018. I served as a Behavior Specialist here at La Vega High School for two years before stepping into my role as Truant Officer. I feel I bring great leadership, work ethic and a passionate personality to the district. I definitely have the best interest for the students at heart. Before I came to La Vega ISD, I worked at AT&T in the call center as a Retention Specialist for 3 years. Also, I worked at Flexi Compras for 5 years where I started as a Driver and worked my way up to District Manager within a year and a half with the company. I also worked 5 years as a Courier and Supervisor at DHL. I am a God fearing, family first man who loves his children and wife. During time away from work, I serve as Regional Director of Central Texas for DC Sports Waco, which is very successful, well known AAU basketball organization.